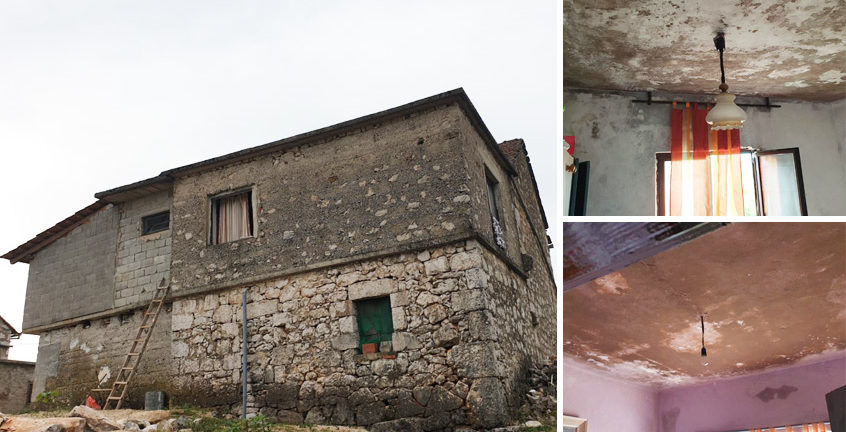 A family of seven live in an old stone house which had a poorly built extension added some years ago.  The roof of the house and extension has been leaking for many years. The father suffered a stroke and consequently is unable earn money to support his family.

They grow and sell tobacco, which is very common in that area which brings a small amount of income.  The mother works in a pilgrim house in Medjugorje for some months of the year. Her employer and some pilgrims have helped the family in small ways.  A kind Irish family provided them with a new kitchen.

Sadly, they will never be able to afford a new roof and the reinforcement work on the extension. We were asked to help.  We received a quote for €8,496 (current conversion) and any donations we receive would be gratefully received. We need to fund 100% of this project.

Extension side of house – no insulation

Leaking roof causes mould to form on the ceilings

All the ceilings in the house are covered in mould.  The children are becoming ill.

The builder’s quote above is in convertible marks (KM).

Finished work can be seen above.

A very kind Canadian lady provided most of the funds for these refurbishments.  The Lord sees all.