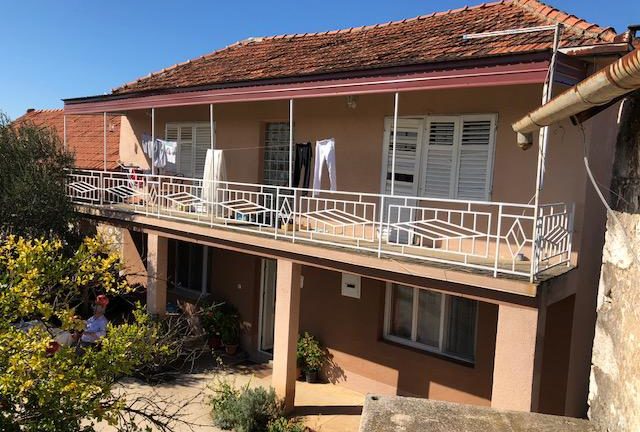 When this man was 10 years old, his father was killed in a car accident. He and his mother (73) then lived with the grandmother, who died in 2010. During his time in secondary school, he found solace in taking drugs and ended up in rehabilitation.

Living in the community, after three years in therapy, his life changed. He now has a job and is married with two daughters aged almost four and two. They live with his mother in their very simple home in a small village near Mostar. The father wanted to renovate the house but was refused a bank loan.

During our visit in October 2018, we found an old and badly built house. The roof was visibly sagging and leaking. There was no guttering to control the flow of rain which resulted in serious damp and humidity in most rooms.

Our builder advised that the roof would cave in with the first fall of snow. His estimate for a new roof, outside insulation and painting of house, new windows and doors plus refurbishment of damp rooms would be €19,000.

We shared the costs with Fr Slavko’s humanitarian aid organisation so we paid €9,500. Work on the house was finished in December 2018 – the best Christmas gift this family has ever received. They cannot believe what has happened and they pray for our donors who made this possible.

Thank you for working with us to make a difference in many people’s lives. If you would like to help us with these projects, please click the DONATE NOW button and download a Standing Order form. No amount of money is too small.